Home ‣ blog ‣ Asset Protection ‣ What is Tenancy by the Entirety?

What is Tenancy by the Entirety? 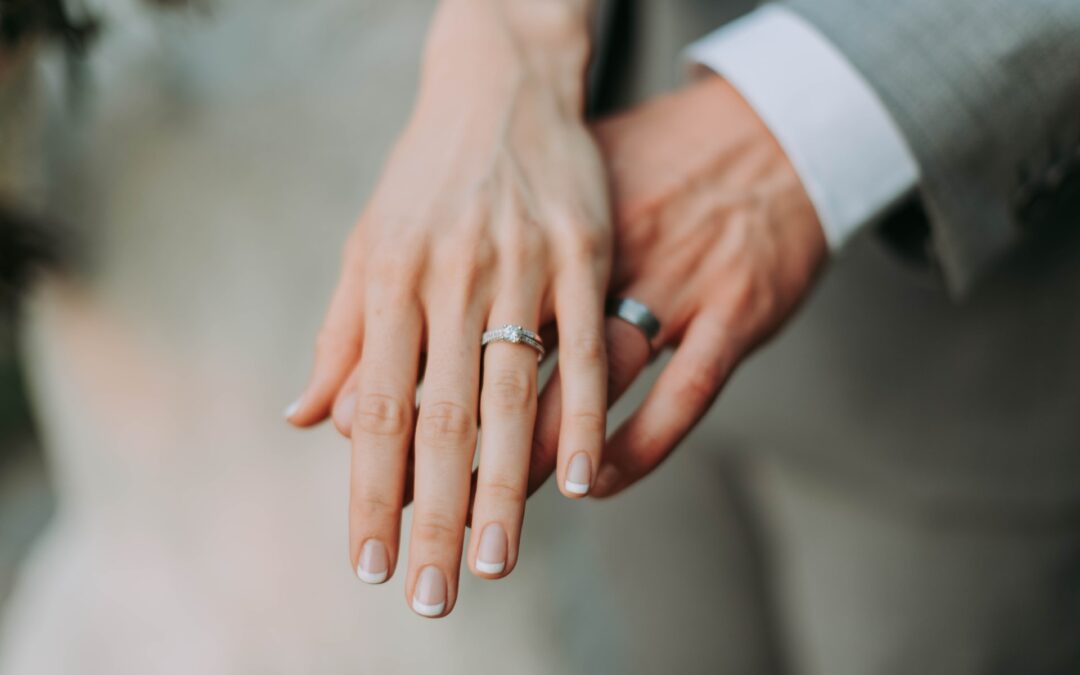 Different states have different rules regarding asset ownership when it comes to a married couple. In some states, assets like a home or other such real estate property fall into tenancy by entirety, also referred to as TBE.

Tenancy by the Entirety States

This type of ownership is only available to married spouses, so it doesn’t include other joint ownership arrangements, such as business partnerships or a parent and child. In some states, domestic partnerships, sometimes including same-sex marriage and a common-law marriage, are not recognized in terms of tenancy by the entirety. Tenancy by the entirety should also not be confused with other forms of joint ownership.

What is Tenancy by the Entirety?

In order for tenancy by the entirety to apply to an asset, several conditions must be in place. These five specific conditions are called “unities,” and all five must be present in order for an asset to truly fall into the jurisdiction of TBE.

Essentially, tenancy by entirety means each spouse owns the property in full, giving them joint control as a single owner. This prevents one spouse from selling the property without the approval of the other, and in many states, from securing a loan with the property as collateral.

TBE can also protect spouses from creditors attempting to take the property if either of them defaults on an individual credit obligation.

For example, if one spouse is sued by a creditor who wants to take the asset and the other spouse was not involved in the debt, the creditor cannot take the property without the permisson of the non-debtor spouse. However, a creditor can take the property if both spouses are listed as the debtors, and this rule does not apply to a tax lien placed against the property because of unpaid federal income tax.

It’s also important to note that a judge can overturn TBE if a lender feels the tenancy by the entirety was specifically created to foil collection of debt—such as a couple who gets married, buys a sizable asset (like a home), and then willingly defaults on a loan or other such financial obligation.

How is Tenancy by the Entirety Different from Joint Tenancy and Community Property?

Joint tenancy means that two or more individuals own a property together, and these individuals can be spouses, friends, business partners, or relatives. This type of ownership creates a right of survivorship where if one party dies, the other party or parties take hold of that deceased person’s share of the property, which helps the property avoid the probate process in the event that the deceased owner died intestate (without a will).

In joint tenancy, a creditor to one owner can potentially seize that owner’s share of the property and, in some cases, even force the sale of the asset to recover their losses. While joint tenancy does offer survivorship rights, owners are free to sell or give away their own share in the property while alive.

Tenancy in common presents a similar situation, but instead of each party having an equal share, they have a percentage that is specifically spelled out.

For instance, the property can be split 50-50, but also 40-60, or even (if there are multiple parties) 33-33-33. Tenancy in common does not carry the same rights of survivorship as joint tenancy, so those looking for a way to avoid probate are best served looking into a different arrangement, unless of course, they benefit more from the flexibility of allocating specific percentages of ownership interest to each owner.

Community property is another type of ownership, but it typically only applies in certain states whose legal structure has a historical basis in French or Spanish law.

Community property states allocate all assets acquired by a couple during their marriage into the status of a 50-50 split between spouses. This includes not just real estate, but other assets like a car, cash, and even debts. Note that this 50-50 split has different legal implications than the ownership suggested by tenancy by the entirety, whereby each spouse owns the asset in full.

How to Create a Tenancy by Entirety

In most states with tenancy by the entirety, it will be the assumed status of assets acquired by the couple unless they specify otherwise on the deed. That said, the way to create tenancy by the entirety is to reside in a state where that is the established rule and acquire real property as a married couple. In states that do not automatically recognize tenancy by entirety, you will not be able to have assets fall into such an ownership structure, even if you wanted to.

Remember, for tenancy by the entirety to be applicable to the property and all its rules of concurrent ownership to apply to the married couple, several factors must be in place: the five unities— time, title, interest, possession, and marriage.

As mentioned, one benefit is the protection of the entire property from the creditor of one individual spouse. The creditor cannot do anything to or with the property without the consent of the non-debtor spouse. Keep in mind that if both spouses are involved in the loan, a joint creditor may have some claim over the asset despite tenancy by the entirety.

How to Avoid Tenancy by the Entirety

Conversely, the way to avoid tenancy by entirety for married couples is to acquire property in a state that does not have this type of ownership structure on their books.

In some states, spouses are allowed to select alternate ownership structures, but in regards to real estate, they will need to make sure this is specified at the time of the sale on the deed and documents of conveyance, otherwise, it may later emerge as something of an estate planning mistake.

The three events that can terminate a tenancy by the entirety are agreed-upon gifting of the property to another party, death, or divorce.

Though you may wonder why a couple would want to avoid a legal structure that provides natural rights of survivorship and protect their asset from individual creditors, a tenancy by entirety arrangement could make it harder for an individual spouse to bequeath the entire property to their own children or family members. This might be a concern with a couple who is remarried, each with their own children and family, if they cannot come to an agreement regarding how the property should be partitioned in the event of death or divorce.

What Happens to Tenants by Entirety After Divorce

Tenancy by the entirety only lasts as long as the marriage, so in the event that a couple chooses to divorce, their tenancy by the entirety will devolve into a tenancy in common (in most cases). This means that rights of survivorship will not exist, and either former spouse can now choose to bequeath their share of the property to heirs of their choice.

Moreover, the property in question can also be split along percentages that differ from a clean 50-50 split, which is one of the many items that will need to be addressed in divorce court. A judge will often factor in relevant concerns, such as the employability of each individual spouse, their income, and even the respective behaviors of each person that led to the divorce.

It’s also important to keep in mind that when the tenancy by the entirety reverts to tenancy in common, a judgment by a creditor against either spouse can impact the property. If the couple decides to divorce, that could open up the door to losing the asset to a lender, a factor that must be seriously considered with the help of the lawyers involved in the divorce process.

Tenancy by the Entirety Offers Many Benefits to Married Couples

The rules around joint ownership of property are complex and it is best to consult with a lawyer who understands real estate asset management if there are any questions about it.

Tenancy by the entirety is the status quo arrangement in many states and the District of Columbia for married spouses who acquire personal property, such as landed assets. Though the arrangement will last as long as their marriage, it can be dissolved by mutually agreeing to gift the property to a different party, death, or divorce. Until that point, tenancy by the entirety means each spouse is a complete owner with full control over the asset.

If you have questions about how tenancy by the entirety laws affect your real estate assets and estate planning, schedule a consultation with one of our experts. We’re ready to help you create an asset protection strategy and estate plan that protects your goals and investment interests. 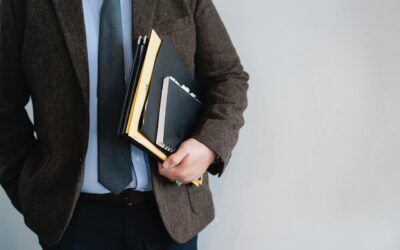 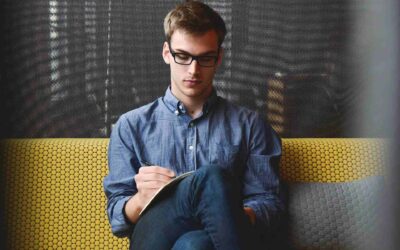 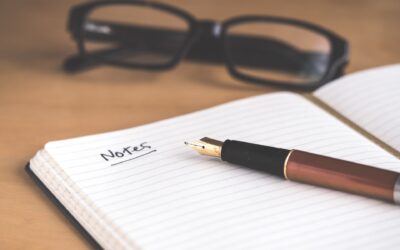 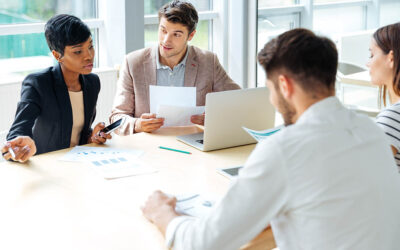 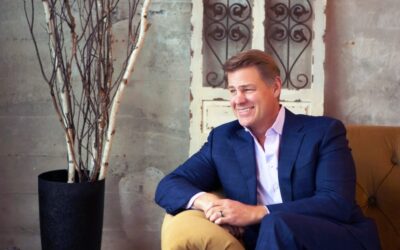 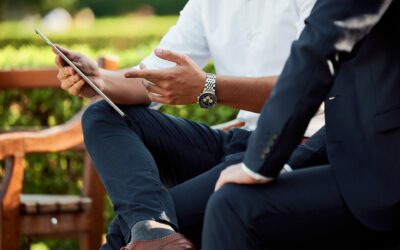