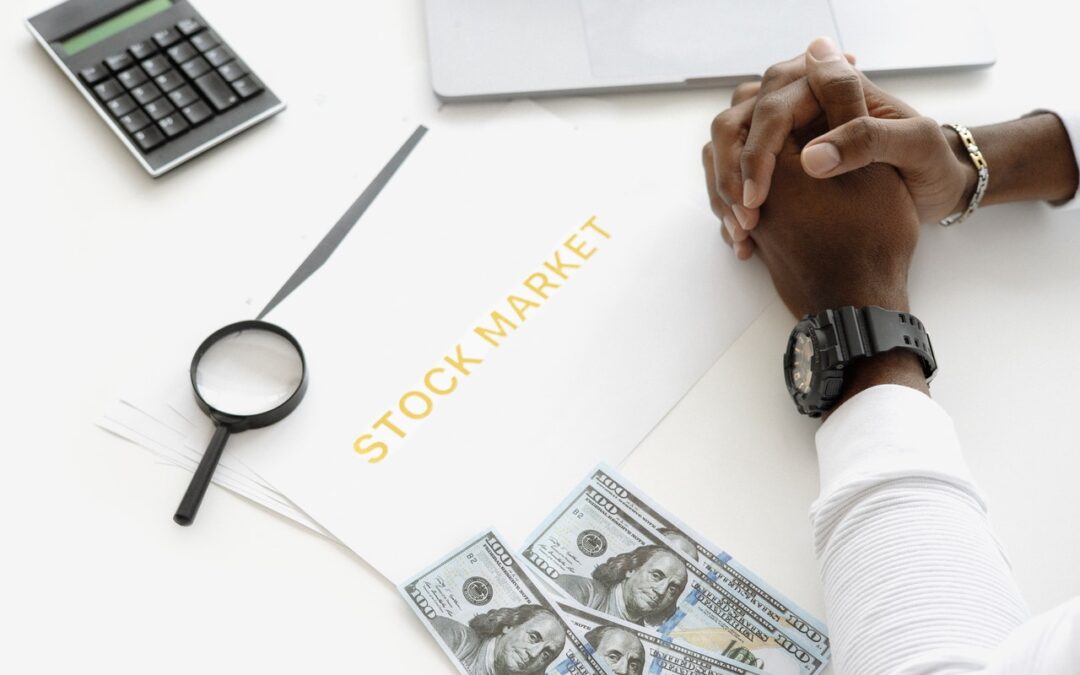 A hedge fund is a pooled investment vehicle that is very actively managed and often uses non-traditional investment strategies.

What is a Hedge Fund? Frequently Asked Questions

If you follow the news on Wall Street, you’ve probably heard exciting things about hedge funds. Sometimes they wildly outperform the market. Other times they disastrously implode. But either way, hedge funds are not for everyone. When it comes to buying and selling equities on the stock market, the average retail investor is many steps removed from a hedge fund. If they invest in stocks at all, it’s usually by allocating a portion of their paycheck toward a mutual fund or company managed 401(k). Some investors with a little more market knowledge might assemble their own stock portfolio, or buy and sell stocks through a brokerage account.

Hedge funds also involve buying and selling stocks, but they also involve other asset classes—real estate, gold, world currencies, and derivatives like options. Basically, the investment strategy of a hedge fund can be whatever its money manager or money managers want it to be. This increases the possibility for larger returns, since the investment activity is very active. However, it also increases the risk, which is one reason why they are not for the average retail investor.

A hedge fund is when several investors pool their money together and allow it to be managed and invested by a hedge fund manager.

A few years into its existence, Jones had proven himself a capable investment manager while creating the general formula and layout of the hedge fund investment. Citing the rule of ancient Phoenician sea captains, Jones would take one fifth of the profit from the hedge fund. Hedge fund investors participated in a limited partnership, which means they contributed their money (but not their opinions) to the investment fund. The hedge fund strategy that Jones created was named after the belief that his strategy would minimize market risk by combining long and short positions.

Jones would buy stocks, but also minimize the impact of market fluctuations by engaging in investment opportunities like short selling stocks. The hedge fund firm started by Jones saw impressive returns, outperforming the best mutual funds of the day by 44 percent over a five year period. More than a hundred hedge funds sprang up seeking to imitate the hedge fund performance of Jones. Many were successful in the decades that followed, but in the bear market of the early 1970s a number of them were wiped out due to investment decisions that had taken a much riskier turn from the basic hedging strategy envisioned by Jones.

Since then, hedge funds have come back into style and there are almost 12k of them in North America alone, the most popular among them being Blackrock and Bridgewater.

Why is it Called a Hedge Fund?

This may be how the original hedge funds operated, that it is not necessarily hedge funds function today. A hedge fund may invest in emerging markets or engage in buying up distressed securities. The asset manager can choose any number of investment styles, and has significant leeway in terms of hedge fund investment strategies that they can employ. Some of them are only for investors who can handle a significant amount of risk.

How Does a Hedge Fund Work?

In terms of what the hedge fund manager does to grow the money of each accredited investor who has contributed the minimum investment (or more), they will generally employ a number of strategies that ideally minimize risk and maximize gain.

Hedge fund managers often use leverage to place short position trades, meaning they borrow money to execute short sales, derivatives, and other alternative investment decisions typically beyond the know-how of most investors. Meanwhile, they may have an underlying portfolio of long term holds in a variety of asset classes, such as stocks, bonds, gold, real estate, and others.

What is the Purpose of Hedge Funds?

Hedge funds are viewed as a better way to grow money because they do not rely on the passive growth of stocks. But just because someone has lots of money, doesn’t mean they are a sophisticated investor. They may have worked very hard for their money (or worked hard at saving it up), but professional skills and dedication do not translate to nuanced knowledge of how to beat Wall Street. These investors have a better chance of making more money if they put their money to work for them—by giving to a competent hedge fund manager.

Why Invest in a Hedge Fund?

Hedge fund managers often use derivative tools (like options) and strategies (like short selling stocks) in order to make a profit. They may also trade on margin, which means using borrowed funds to execute a trade.

These strategies are not available to most casual retail investors. Even potential investors who have the funds may not know how to execute these types of trades. It’s the expertise of the hedge fund manager, combined with the cash assets at his or her disposal, that makes investing in a hedge fund attractive.

Basically, the biggest reason to invest in a hedge fund is because it will offer (ideally) the highest return on your money—more than passive investment in a stock or index fund, such as a mutual fund, or ETF. This is one of the basic principles of the truly wealthy: instead of working for money, they put their money to work.

Who Can Invest in a Hedge Fund?

The Securities and Exchange Commission (SEC) only allows accredited investors to participate in hedge funds. Such accredited investors don’t need to know anything about investing, but they do need to have earned $200k in income for the past two years, or have assets totaling more than $1 million, excluding their primary residence. Such high net worth individuals have a higher risk for appetite.

While the average retail investor may not have the ability to invest in a hedge fund, there are still plenty of ways to invest in the stock market. Schedule a consultation with an Anderson Advisor’s financial expert for a custom retirement plan!

What is the Average Return for a Hedge Fund?

The average rate of return on a hedge fund has varied throughout the years. Furthermore, because each hedge fund is managed with a uniquely different style, there might be a particular hedge fund that does really well, even when others are performing poorly.

As of 2020, the average ROI on a hedge fund was 11 percent, compared to the S&P 500, which grew 15 percent. As you can see from these numbers, sometimes hedge funds outperform the market, and sometimes they don’t.

Who Has Money in Hedge Funds?

As previously mentioned, only accredited investors can participate in hedge funds, so that means people or organizations making more than $200k annually for the past two years, or those who possess assets worth more than $1 million, excluding their personal residence.

Banks and other financial institutions can also participate in hedge funds, and they do. Hedge funds are not considered short term investments. It’s a long term commitment that often results in an additional source of fixed income for its investors—granted that a profit is made.

Can Anyone Start a Hedge Fund?

They can, but starting a hedge fund is an expensive operation that may run into the seven figures.

This money goes toward salaries and third-party services, like lawyers and consultants. There is a mountain of regulatory paperwork to deal with, and certain operation laws vary from state to state.

If you have ever dabbled with the idea of doing a little active investing yourself, you may have looked into considerations like trader tax status and seen how much tax and legal consideration goes towards just one person commanding a small portfolio—that amount pales in comparison to a large institutional investment firm like a hedge fund.

What is the Minimum Investment for a Hedge Fund?

This will depend on the hedge fund. Typical minimums range from $600k to more than $2 million. If you like excitement of hedge funds, but can’t afford the minimum investments, you can also look at the possibility of day trading taxes, which requires only a $25k minimum, according to the SEC.

However, only 10 percent of day traders actually see a profit from their investment decisions, while 10 percent break even, and 80 percent lose money; making it easy to see why most wealthy investors prefer to have someone else manage their trading. Most casual investors are better off avoiding private equity funds and embracing the slow and steady growth of a pension fund or retirement fund.

Hedge funds are interesting to learn about, but most people reading this article will be better off exploring options that are more within their reach. The easiest thing to do is allocate a fixed percentage of your paycheck and stay consistent about investing it every week.

Sometimes the simplest approach really is the best, especially for everyday retail investors looking to save for the future. If you’re looking for ways to grow your money, join our Infinity Investing Workshop. It’s a great opportunity to learn investing tips and strategies from financial experts with real-life experience. Don’t put off your financial independence any longer—sign up for the workshop today! 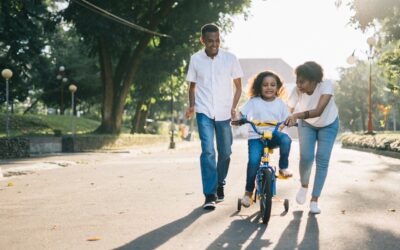 Tax Strategies
What is the Child Tax Credit? 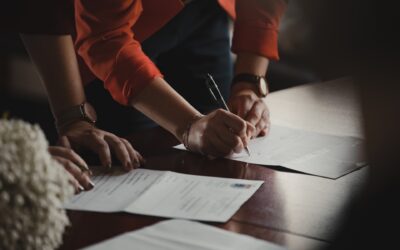 Asset Protection
What is a Prenup? 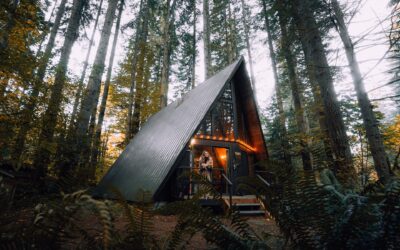 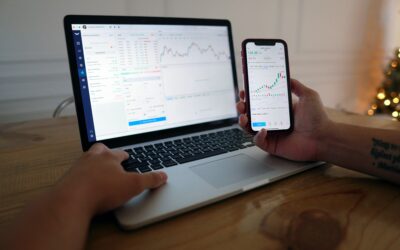 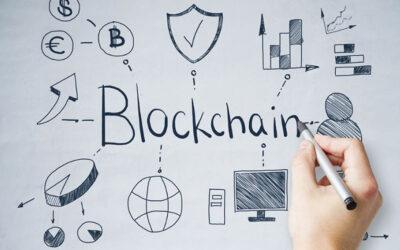 Investing
How to Invest in Blockchain 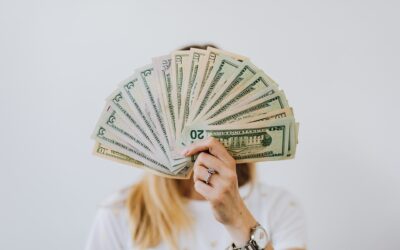 Investing
8 Best Short Term Investments
More Investing Articles
Previous article
How to Write Off Business Expenses
Next article
When Would a Traditional Corporation Be Appropriate?