An initial report is a filing which provides additional information to the Secretary of State after the formation articles have been filed.

What information has to be included in the Initial Report?

When and if an initial report is required varies from state to state and entity to entity. Generally, it is a separate filing with additional information that can be filed concurrently with the formation articles or is required within a certain time period following the formation. For example, in Nevada you can file the initial report, called an “Initial List” when you file the formation articles for an LLC or corporation. An Initial Report asks for the manager(s) or member(s) of the LLC, depending on management structure, and their address. For a corporation, the initial list asks for the director(s) and officer(s) as well as their address. You may also need to include the Registered Agents name and address.

What is the process for filing initial reports? 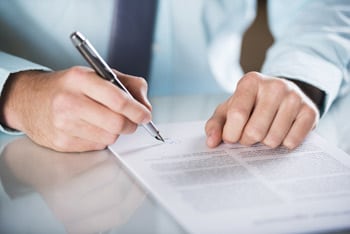 Start Your Business Structuring Plan in 45 Minutes For Free

Individualized tax planning to help you keep as much of your money in your pocket as possible.


Retirement and financial planning and wealth management strategies to maximize what you already have.
Why Trust Anderson For Your Business Structuring Needs?

Comprehensive Assessment Tailored To You

The wrong setup of your business now could mean more taxes and liability later. That’s where we’re really different. We take a comprehensive look at your situation not only from a legal asset protection perspective but also from a tax savings and financial planning perspective.

Experience You Can Trust

Unlike other law firms, our consultants consist of attorneys and planners who travel nationwide to speak at conferences and seminars on subject matters concerning asset protection, and business planning. Since 1993, we have taught tens of thousands of people how to make better business decisions and properly prepare to meet their goals.

Take a look at these actual client stories to see how much of a difference an Anderson plan can make.

We set up a Nevada LLC for a client with significant savings. She was sued 3 years later for an environmental claim stemming from property she owned over 30 years before. Plaintiff wanted over $2 million in damages for the cleanup. After we disclosed that her assets were protected by a Nevada LLC and a HELOC on her residence Plaintiff accepted less than $100k in a settlement.

A bank wanted to pursue one of our clients for a deficiency judgement ($5.5 million) for commercial real estate he lost in foreclosure. Once the bank found out how we protected all of our clients remaining assets with LLCs and a Nevada holding LLC the bank’s attorney stated “we decline to seek a deficiency judgment given the complicated structure you have weaved for yourself”.

Our client purchased property in a LLC and it was later discovered the soil beneath the property was contaminated. The state sued the LLC to clean up the land. Client walked away from the property without any personal liability. Without the LLC he would have been on the hook for over $1 million.

Speak with an Anderson Professional Advisor to get your business planning blueprint to determine the best entity structure plan for you and your unique situation.